TORONTO, ON, Friday, April 24, 2020: It was just one week ago that the Toronto Zoo Wildlife Conservancy launched the fundraising campaign, Zoo Food for Life.  This campaign was launched to offset revenues lost from parking and admissions due to the Toronto Zoo closure on March 14th, which normally goes towards supporting  the nutrition needs of the more than 5,000 animals. The response from the public was overwhelming, and while donations are still being processed, it’s already clear that donors have very generously given over $500,000 to this campaign – enough to cover six months of food costs! 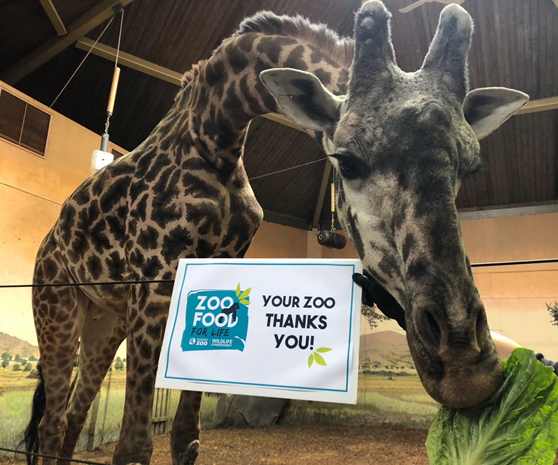 "This campaign has resulted in an amazing outpouring of support and love for the Toronto Zoo and its animals," said Mayor John Tory. "It is another sign of how Toronto residents and businesses are coming together to help right now. While we have to continue to stay apart and stay home as much as possible to fight COVID-19, I look forward to the day when families can come back to the Zoo and see the animals again." 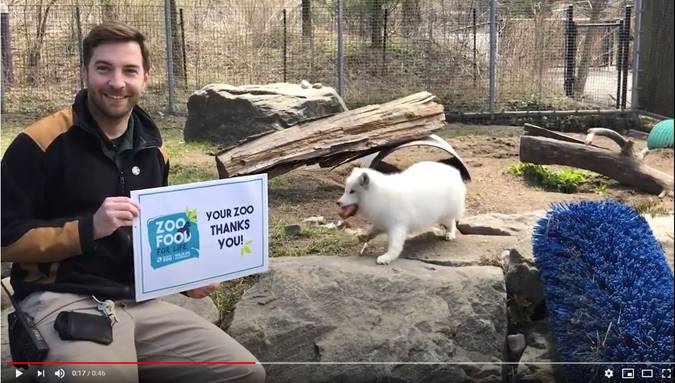 WATCH OUR THANK YOU VIDEO FROM ZOO KEEPERS!

Dolf DeJong, Toronto Zoo CEO, extended a special thank you to the thousands of donors who gave their support to the campaign.  “The outpouring of support for our Zoo and its animals has been genuinely overwhelming!  In addition to making donations online, people found other creative ways to support us. Many restaurants, wholesale food suppliers and others with food products reached out.  Contractors waived invoices and offered their services. Schoolchildren donated out of their piggy banks, or put out a video on YouTube expressing their support, and one even made her own “stuffie” zoo on her front lawn as a fundraiser! Thank you most sincerely to the Toronto Zoo Wildlife Conservancy for their great efforts coordinating this campaign, and to everyone who has donated showing support for your Toronto Zoo.”

Beth Gilhespy, Executive Director of the Toronto Zoo Wildlife Conservancy, says this outpouring of support has been extraordinary. “We can’t thank people enough. This has truly been an outstanding demonstration of how much people care about the Toronto Zoo and value their critical conservation efforts and highest levels of animal care.  Donations from our supporters in the Greater Toronto Area and throughout Canada were overwhelming, and we also received support from around the world!  It is our mission and commitment to always support the Toronto Zoo’s animal care needs and conservation projects, and we remain enormously grateful for those who join us in these efforts now and into the future.”

While the Zoo Food for Life campaign has successfully reached its goal, there are still other conservation programs at the Toronto Zoo that need financial support, particularly in the wildlife conservation breeding and release programs. For those interested in continuing their support for the animal nutrition and wildlife conservation programs at the Toronto Zoo, please visit “Ways to Give” at the Wildlife Conservancy’s web page at https://www.wildlifeconservancy.ca/give.

To learn about the Toronto Zoo Wildlife Conservancy and its work, visit www.wildlifeconservancy.ca

To sign up to receive media communications from the Toronto Zoo Wildlife Conservancy please email wildlifeconservancy@torontozoo.ca