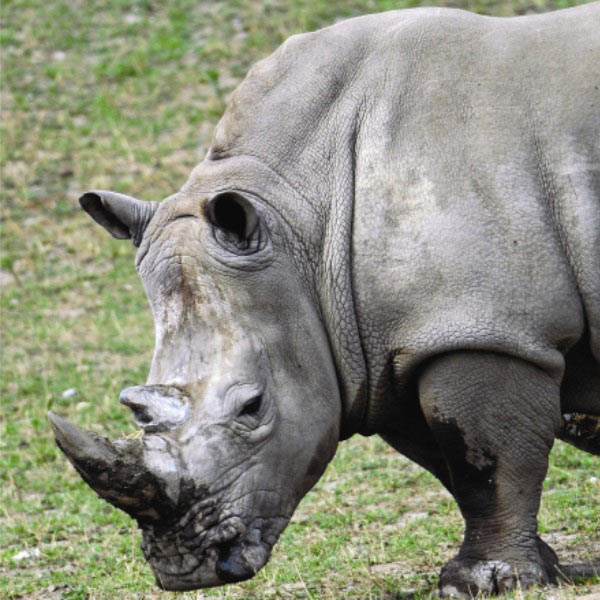 The white rhinoceros is the second largest living land animal, weighing up to 3,600 kg. They are known for the two medial horns on their snout – one behind the other, the front horn being larger. In the early 20th century, white rhinos were almost at the edge of extinction, but, after years of protection and many translocations, they have made a substantial comeback. They are now considered a near threatened species, according to the IUCN Red List of Threatened Species. Illegal hunting for the international trade of rhino horn, remains the number one threat to wild populations.


(Form not showing up? Please click here for the White Rhinoceros adoption form)