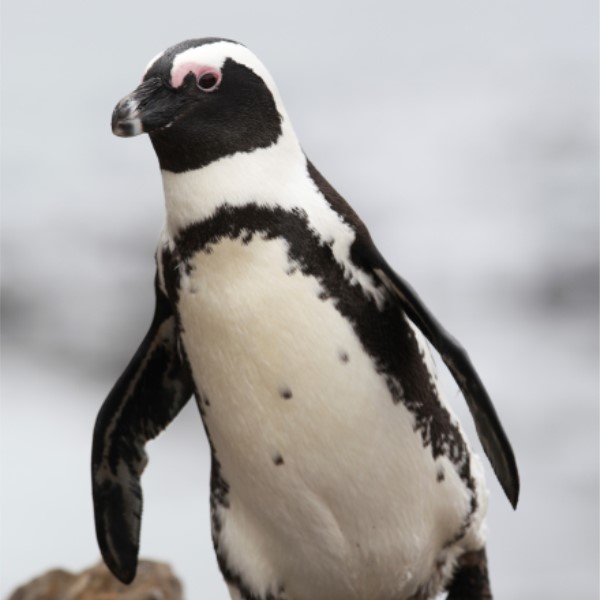 The African penguin, also known as the black-footed penguin is an endangered species found along the coast and island of Southern Africa and Namibia. This medium-sized penguin has a robust body with black plumage on its back and white plumage with black markings on its chest and belly. African penguin populations are threatened by climate change, food shortages, human disturbance and pollution from oil spills.


(Form not showing up? Please click here for the African Penguin adoption form)